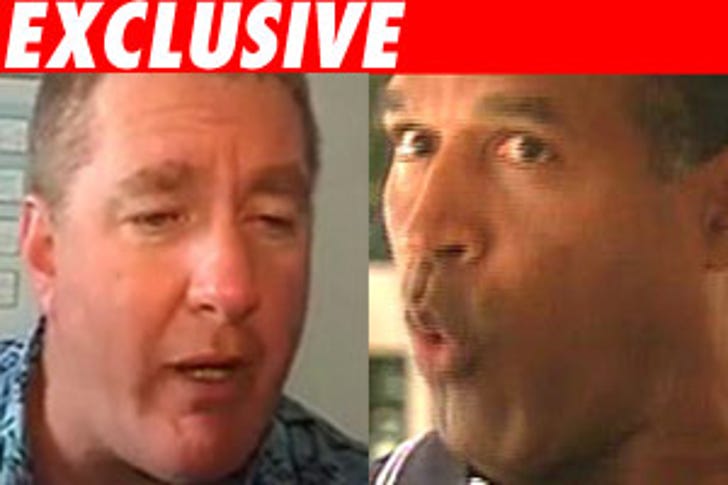 TMZ has spoken exclusively to Alfred Beardsley, the man who was allegedly robbed at gunpoint by OJ and members of his crew.

Alfred states that OJ apologized to him several hours ago, and says OJ feels as if the whole situation has been blown out of proportion. He also says OJ said he felt bad, and that it wasn't supposed to happen that way.

OJ then went on.

According to Beardsley, Simpson says that police advised him to "work it out amongst themselves" in order to resolve the property issue. Beardsley says the cops have not contacted him since the event. A police report has been filed in the incident.

Mr. Beardsley also said that he and OJ have known each other for years and that, "they fight like brothers." Beardsley feels as though the tip OJ received from another memorabilia dealer was to "set up" the situation that unfolded in the Palace Station Hotel.

Alfred tells TMZ that Simpson stormed the room Thursday night, after being told by another memorabilia dealer that Beardsley had personal items of his, including childhood photos and the infamous suit worn by OJ the day he was acquitted of murder. Those personal items are what OJ wanted back the most as they contained photographs and other mementos of close members of his family including his mother.