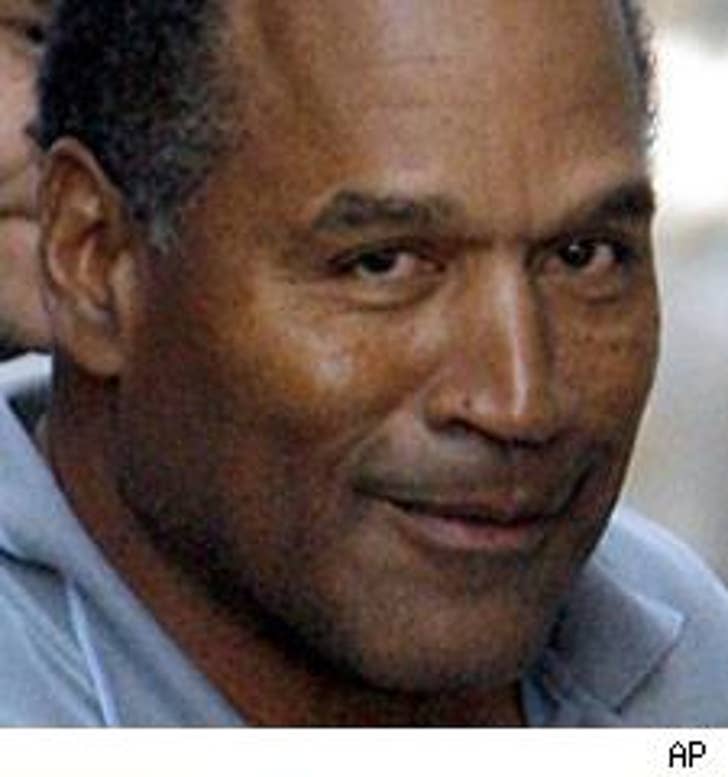 With O.J. Simpson facing up to 30 years in prison, relatives of Nicole Brown Simpson and Ron Goldman might be wondering if they'll ever see another cent of their civil judgment against the former football star. Not that they've seen much of it so far.

In 1997, the Goldmans and the Browns won a $33.5 million civil suit against Simpson, who was held liable for the murders of Ron Goldman and Nicole Brown Simpson. Fred Goldman has said in interviews that he personally has seen much, much less -- as little as $4,000, according to some sources.

Although Simpson lives in a $1.5 million mansion and lives off of a $4 million pension fund, Florida law protects those assets. In a 1997 interview, Simpson said, "They can't touch my earnings here. And it will be a cold day in hell before I pay a penny." But if Simpson ends up in a cold cell in the big house for last week's alleged burglary, could his prison wages be given to the Browns and Goldmans?

According to Greg Smith, a rep for the Nevada State Department of Corrections, most inmates don't make a wage while working prison jobs, instead, they work for time off their sentences.

And if O.J. were to score one of the smattering of paid prison gigs, he'll be workin' for minimum wage – that's $6.33 an hour in Nevada. A portion of whatever he'd make, says Smith, would go toward paying his prison room and board.

So that means there probably wouldn't be much left for the Goldman and Brown families. Anyway, if the two families are interested in getting any of O.J.'s prison paycheck, they'll have to take it up with the state of Nevada. Nicole Moon, a rep for the Nevada State Attorney General's office, explained that the Goldmans and Browns could "file a suit in Nevada to attach his wages, and if the judge orders it, a percentage of his paycheck would go to them."

But, says Moon, given the seriousness of the charges, if O.J. is convicted, "There's a good chance he'd spend at least a year in a maximum security prison," where there are no work programs available.