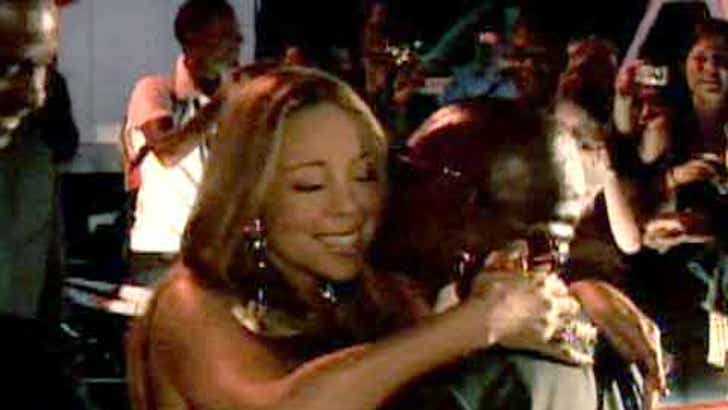 Or so it seemed last night at Lincoln Center in New York, when the divatastic Carey arrived at VH1's "Save the Music" 10th Anniversary gala -- and outglittered the rest of the luminaries -- including President Clinton himself -- with an entrance fit for the Queen of Melisma (vocab word!), who was decked out in a structurally impressive purple gown.

With record biz royals Russell Simmons and L.A. Reid as escorts, Mimi caused the biggest squealing of the night from fans, with some screeching high notes unheard since Carey's "Vision of Love."