TMZ caught Jerry Seinfeld outside of Il Sole last night, and while he was quiet about former co-star Michael Richards, he told our photog it was a tough time to be a paparazzo. Sarah Michelle Gellar, Kelly Carlson and Hilary Duff were spotted at a Chanel party, while Nick Cannon and Ashlee Simpson were at Opera. Also out: Danny DeVito and Adrian Grenier. 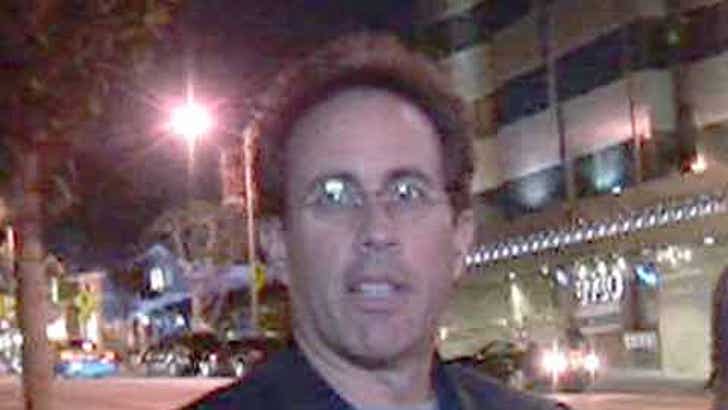 In New York, filming continued on the "Sex and the City" movie, with one of the film's stars (SPOILER ALERT after the jump)

showing Charlotte's sizable baby bump (in character). Also walking the streets: George Clooney on the set of his new flick, and Mya at a Save the Music fundraiser.

All this and more in today's "What's the deal with Star Catcher?" edition of Star Catcher.