Former Audioslave frontman Chris Cornell showed up to Mr. Chow last night with his adorable 2-year-old daughter, Toni, who brought a burst of much needed color to the drab rocker fam. Adam Goldberg was at Chow over the weekend as well, giving his congrats to Alicia Silverstone for gettin' naked for PETA. 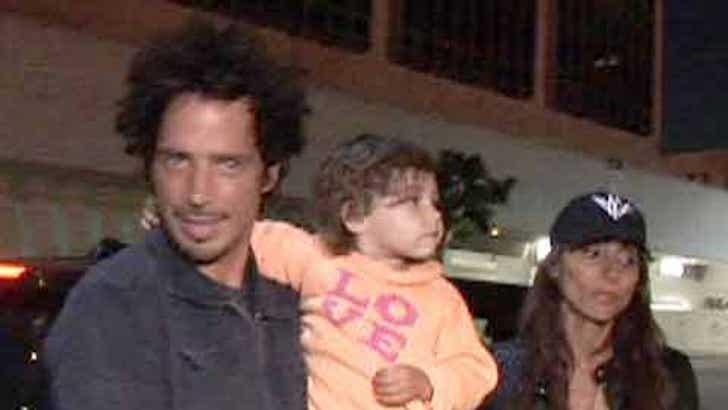 Twang intact, Reba McEntire hit up Koi, John Legend was at Hyde and train wreck couple Fake Paris and Daniel DiCriscio showed how much they really suck outside of Shark's Cove.

Brad Pitt showed off some ridiculous locks in New York on the set of his new flick, while Jennifer Hudson showed up on the "Sex and the City" set to start filming as SJP's assistant.

All this and more in today's "Move Over Suri" edition of Star Catcher.