According to IMDB, she was on an episode of the "X-Files" in 1993. But that isn't stopping the, um, actress from pushing her product. Her! 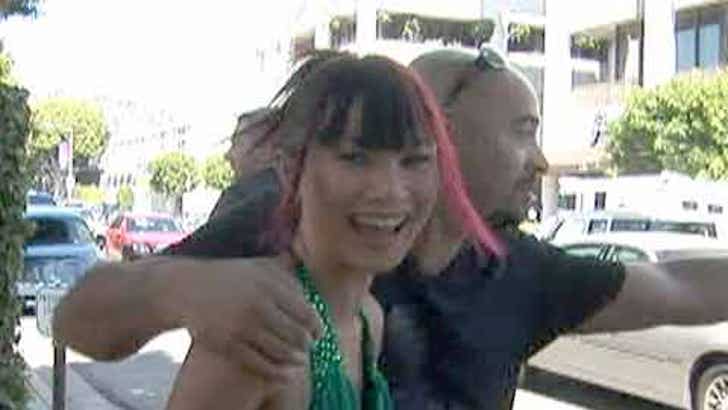 TMZ camera's caught Price at the Ivy yesterday, most likely while we were waiting for a real star arrive. Pheebs stopped and posed for a few cameras which actually stopped to take her picture, and then while eating, she showed off pix of her in the tabloids.

One layout had her in an Emmy fashion story -- the Emmy "Fashion Misses!" We thought she looked familiar -- yup she even made our own Bad Emmy Fashion gallery. Priceless!