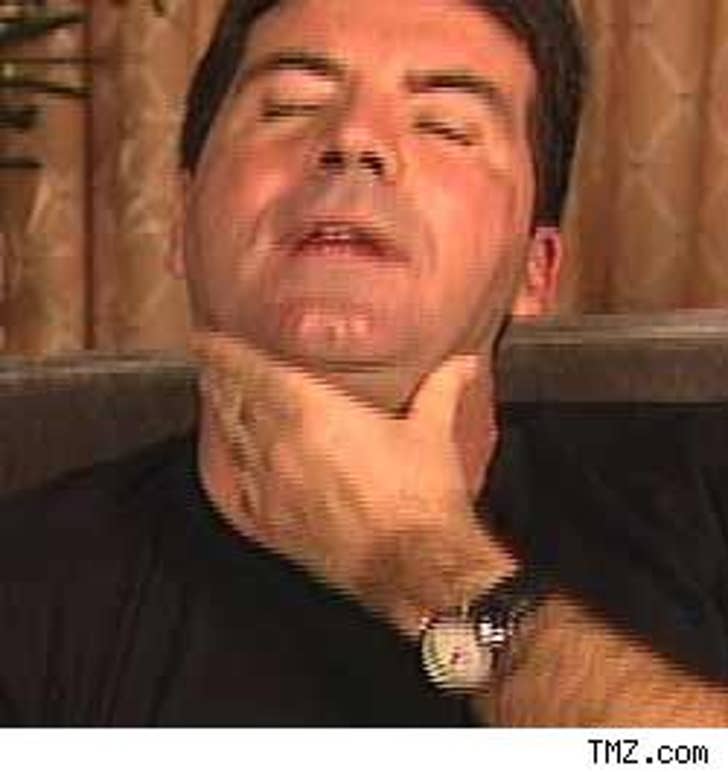 "American Idol" judge Simon Cowell's known for quashing dreams and ruining people's lives -- not saving them! But this past week, the king of reality TV helped save one woman from a deadly disease.

During a recent audition episode of Cowell's Brit series, "The X Factor," Simon was listening to 46-year-old warbler Jacqui Gray and noticed something strange in her voice.

"It sounds as if you have someone else in there, like you were choking on something," said Cowell, who advised Gray to go to the doctor. She did, and was diagnosed with the potentially fatal lung disease, bronchiectasis.

Gray credits Cowell and co-host Sharon Osbourne with saving her life. "If I had not got it seen to, it could have killed me," she told Brit tabloid, The Mirror.

A rep for Cowell told us "Simon was genuinely concerned about her voice and is glad she sought the proper medical attention and received the necessary care. He was happy to help".