TMZ caught up with hottie Michelle Rodriguez outside of an L.A. courthouse yesterday, and she initially wasn't in the greatest of moods -- but who is when reporting to court?! 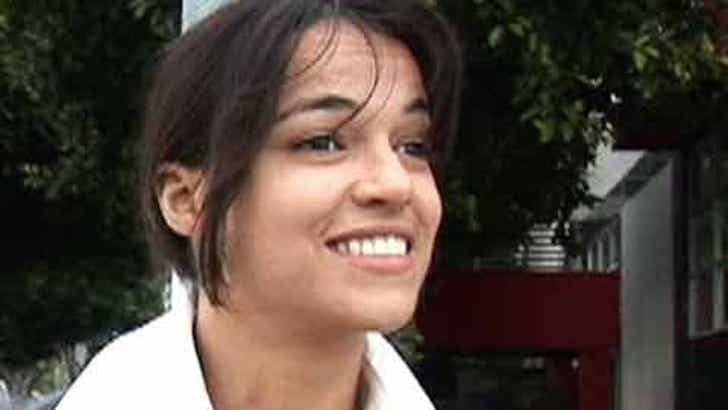 The "Lost" actress' irritation fizzled out as TMZ joined her on a lovely walk, where she avoided questions on her own life, but did chat on all things Hollywood -- discussing Britney Spears vs. Whitney Houston, Kiefer Sutherland's DUI and even her perspective on life. Get this woman her own talk show!

Considering Rodriguez could face between 477 to 537 days in county jail and a $2,000 fine if she's found to have violated terms of her probation -- being the good girl is probably not a bad idea.