It was the classiest of affairs at the "Just Britney" art show in Hollywood Friday night, as all the A-list celebrities like Jeffree Star, er, Bobby Trendy, uh, Natalie Reid ... well, people came out to view art with an all Britney theme, and give their much valued opinions on the popwreck. 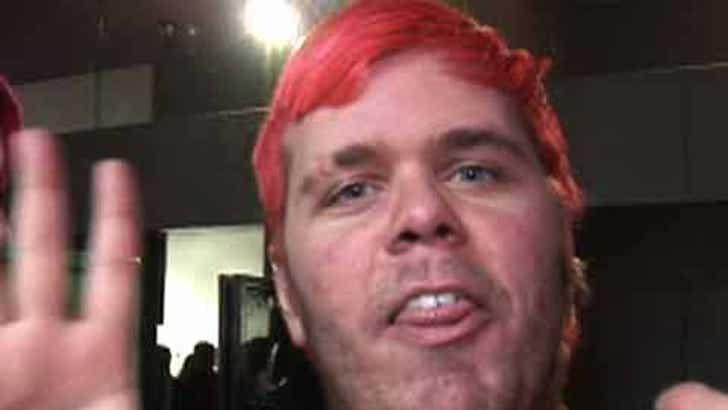 Self-described "Queen of all media," Perez Hilton, stopped by the upscale event to lend his words of wisdom -- telling TMZ cameras to "Boycott Britney Spears ... she is a drug addict!" Perez contributed to the event -- by shaving heads (in Japhy Grant's installation) in the name of Brit Brit.

Train wreck Bobby Trendy, in his trademark glossy lips, told Spears to sell her babies to him, and fake Paris aka Natalie Reid, who poetically states, "I think she's tragic in a tragically tragic way." Someone is tragic -- with the English language!

The evening of glitz and glamor ended with a fantastic dance off, by two of the hottest Britney impersonators ... ever!