Alec Baldwin's new crew is hip .. and may also be in need of some new ones! 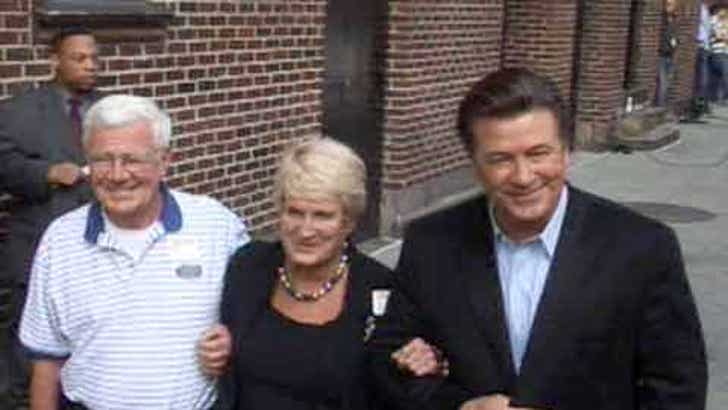 TMZ caught Baldwin outside of Letterman in New York yesterday afternoon, where he grabbed two seemingly random old folks outside and proceeded to give his "dear friends from St. Augustine, Florida" some tips for posing for paps.

During the showbrutal cell phone message for, released by TMZ. Alec said his friends thought "releasing that [tape] was worse than chewing out a kid ... my mother used to hit us with a curtain rod ... and that video's going to be on TMZ as well."

For those of you who've been asking, TMZ does not have the curtain rod video.