Robbie Williams is a big star in the UK, but his popularity across the pond was tested last night when a passerby had no clue who he was. 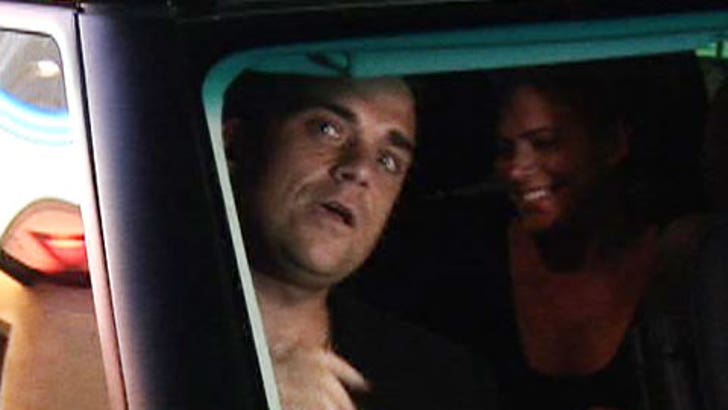 TMZ caught the "Rock DJ" singer outside the El Rey after the Mark Ronson concert, where after getting into his SUV, a man on the street started asking our cameraman, "Who is that?"

Even after being told "Robbie Williams," the guy was clueless. Guess he's not a Take That fan.