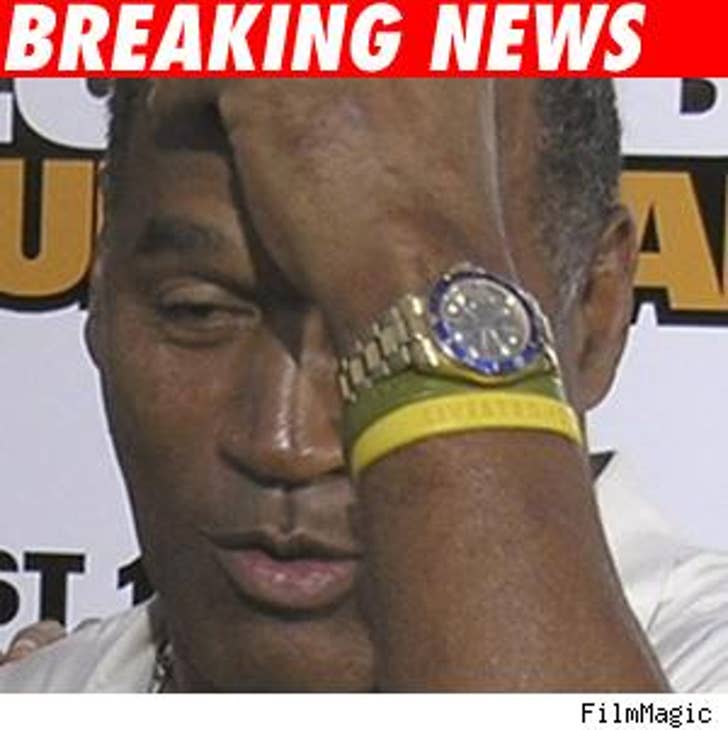 Getting some measure of justice is proving difficult -- yet again -- for Fred Goldman.

The Goldman's lawyers seized a watch from O.J. (after seeing it on TMZ) to pay off the $33.5 million wrongful death judgment against him. But it isn't a Rolex like they hoped -- it's a knock-off from China, worth about $100.

If the watch were a genuine Rolex, it would have been worth as much as $22,000. But now they have to return the watch to Simpson, since it falls under an exemption in the judgment -- for jewelry worth less than $6,075.

Goldman recently won the rights to O.J.'s hypothetical confession book, "If I Did it," which has gone on to become a New York Times bestseller.