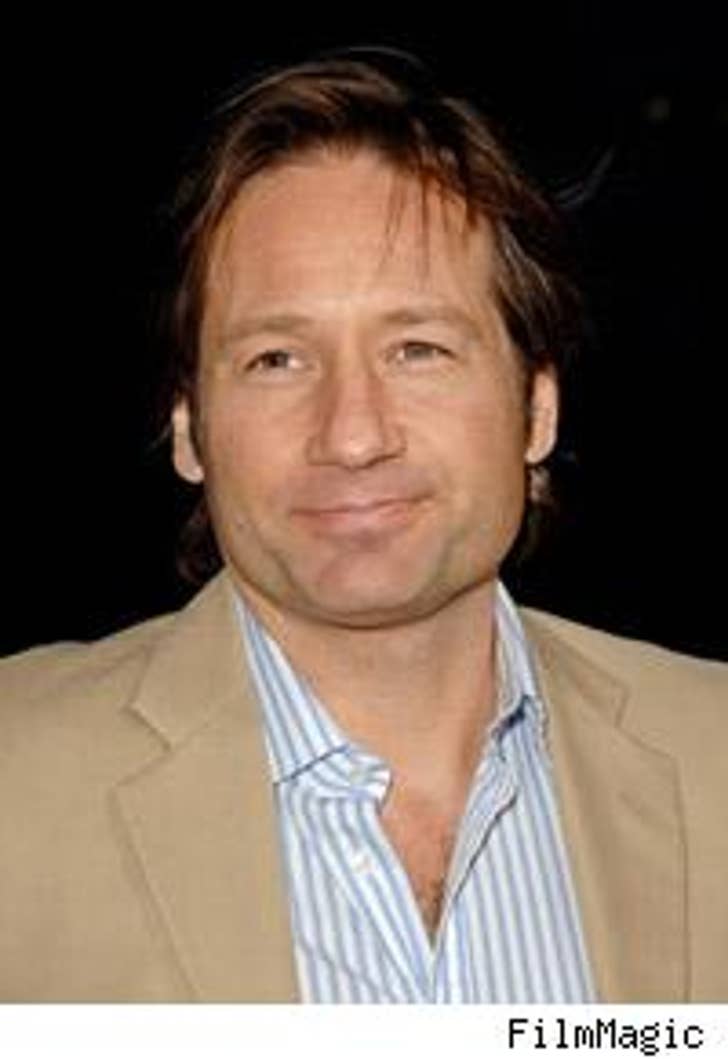 "X-Files" actor David Duchovny took part in L.A.'s Outfest Legacy Awards last night, and left the audience stunned after making an ad-libbed comment on stage. Witnesses reported that Duchovny attended the event with his eight-year-old daughter, Madeline. When he was asked to introduce a short series of clips of on-screen gay characters, Duchovny deadpanned, "Can someone please cover my daughter's eyes and ears?"

Rather than cracking up, the audience clammed up and wondered what exactly he meant. *crickets* The clips, said attendees, were no more offensive, off-color or risque than clips at any other awards show, reported JanetCharltonsHollywood.com.

Calls to Duchovny's rep were not immediately returned.