Don't try talking to Kid Rock at a club -- or you'll be kicked to the curb! Paging Tommy Lee! 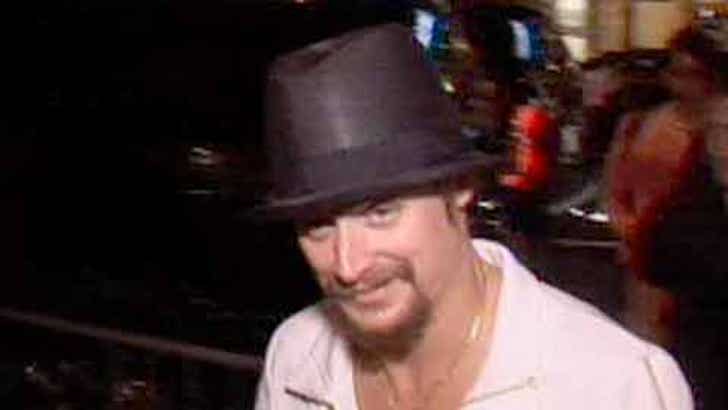 TMZ was outside of Nikki Beach in New York last night, when the so-called "Rock and Roll Jesus" showed up for his album release party, laughing like a goof when asked about ex Pam Anderson's latest marriage. Moments later, a clubgoer was dragged out of the club by the throat, with sources telling TMZ that the guy got the boot after trying to introduce himself to Rock. The nerve!

The guy was then seen arguing with club security, claiming he did nothing wrong. TMZ contacted club Nikki Beach this morning, who told us they had no knowledge of the incident.