Punchy Pam ex, Kid Rock, showed up to his New York hotel yesterday and happily signed autographs for a swarm of fans -- without getting in a fight! 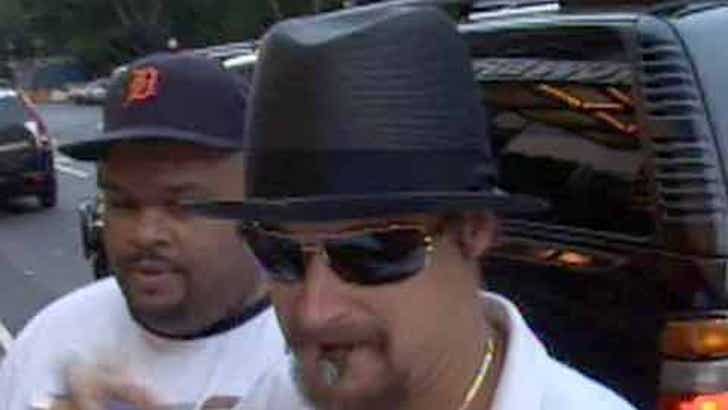 The country-rap-rock cowboy talked to one fan who said he was "trying to get a beer and some hookers." Kid, decked out in good guy white, quipped, "You're in the right place." Sounds like he knows what he's talking about!

After posing, Kid was whisked inside. One lucky (?) fan left on the steps picked up Kid's discarded cigar. "It's still smokin', straight outta Kid Rock's mouth," he said, before adding that he would try to sell it on eBay. Good luck with that.