Feisty "My Name Is Earl" star, Jaime Pressly, was not happy when a photog at Mr Chow accidentally identified her as another star! The agitated blond snapped at the man, saying, "Sorry I'm not them!" Clearly, being on a TV show means the whole world should know who you are! 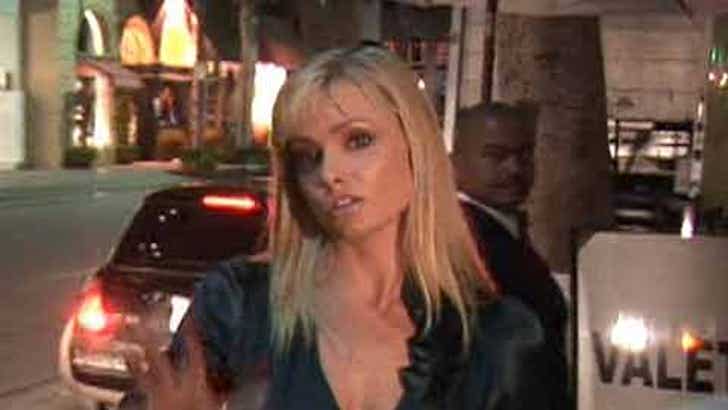 In New York, Angelina Jolie escorted lil' Maddox from his school -- after just over a month, he has been taken out of Lycee Francais de New York. The Jolie-Pitts are on the move again!

All this and more in today's "we movin' on up" edition of Star Catcher!