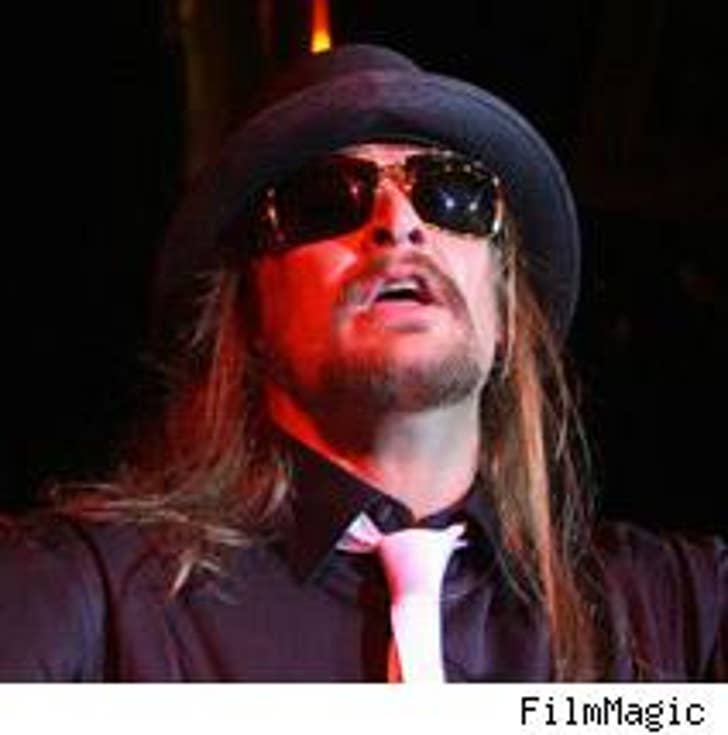 Kid Rock is right where he wants to be -- smack in the middle of two models. Pam Anderson's ex-hubby recently posed for the cover of Rolling Stone magazine with model citizens Krista Ayne and Alyssa Lipsky, and after the shoot got digits from both the girls.

On Tuesday, he was spotted out with Ayne, who used to date Jared Leto and currently has a boyfriend -- which left Lipsky feeling slighted. At one point, Lipsky was denied access to Rock's exclusive VIP area at the Fillmore in N.Y.C. on Tuesday night, but later made it on the bus with Rock and his crew to Detroit. And, reports Gatecrasher, Rock paid for her return flight to New York later in the week. What a gentleman!