Brit was up to her usual tiresome tricks this weekend -- you'll never guess where she went! 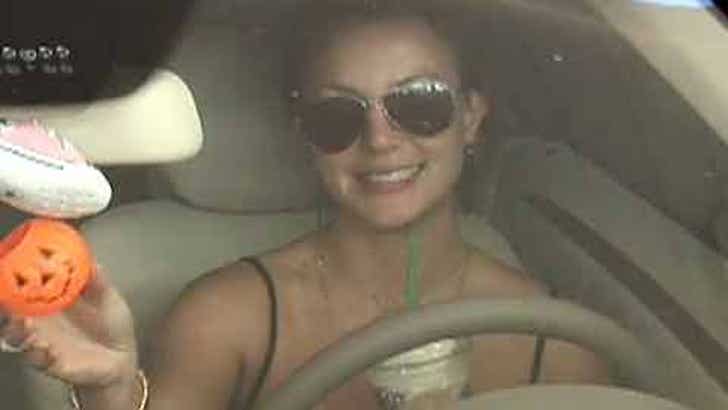 Ding ding dang! If you said gas stations and Starbucks with her paparazzi entourage in tow -- you've won!

TMZ caught Spears in Malibu on Friday at her favorite coffee shop, where a chef from a Country Mart restaurant shouted, "Run 'em all over!" to Brit as she rolled up. She then high-tailed it to a gas station, where she decided to read "The Chronicles of Narnia" as a photog pumped her gas. I's edumacated, y'all!

Brit also stopped into a salon and was blinded by flashes on her way out -- once again shouting, "So over it!" ... but later asking for someone's hand to help guide her to the car. She even proved she still can sing, giving an operatic note before driving off.

Brit's Saturday was no less paparazzi-filled, with the popwreck sending a photog into Virgin Records in Hollywood to pick up a Justin Timberlake CD while she waited in her car.

All this and more in today's "Gimme More CS Lewis" edition of Spears Catcher.