Since she returned to L.A., Lindsay Lohan's every move has been documented by a pack of paparazzi -- but LiLo used her magic last night -- and disappeared into thin air! How does she do it?! 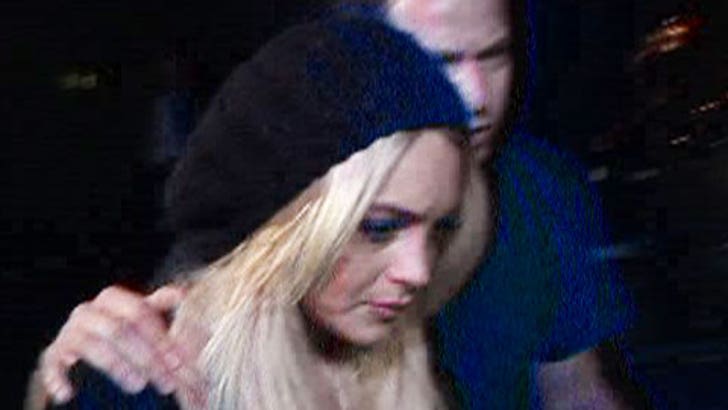 TMZ caught Lohan leaving an apartment last night around 7:00 PM, looking amazing in all black, and later arriving to the Raffles Hotel in Beverly Hills. She never left the hotel -- so it was thought -- then TMZ was tipped by sources inside that she snuck out the back door and took off in a different car.

She was rumored to be at one of her old haunts, Chateau Marmont, but it was impossible to find her!