With Reese's divorce finalized earlier this month, a happy looking Witherspoon was seen leaving JFK airport. Now she and Jake Gyllenhaal can stop acting like they're "just friends!" Speaking of just friends -- Josh Hartnett was also at JFK, but his new gal pal, Rihanna, was nowhere to be found. Hiding under an umbrella somewhere maybe?! 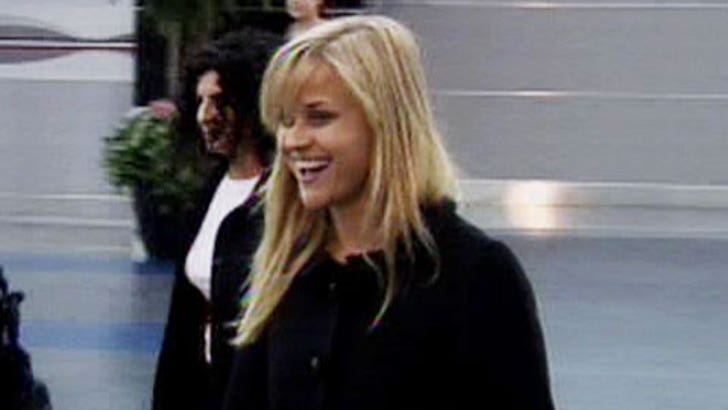 A luscious LL Cool J, was spotted getting out of his white Bentley, appearing not to have aged since 1988! And Chris Rock did a Britney and made a Starbucks run ... minus the 100 paparazzi!

In L.A., tatty Travis Barker was out without Shanna during fashion week, but confirmed they're still together ... for now anyway! A blonde Rose McGowan is with her betrothed, Robert Rodriguez. And Jessica Alba shows off her fingers in a pair of fingerless gloves, still managing to hide her face. Someone needs a mani!

All this and more in today's "French tips" edition of New York and L.A. Star Catcher!