Starbucks-obsessed Britney Spears and her tag-along pal Sam Lufti went for some coffee in the Valley, where she had to learn from the paparazzi that her single is number one on the charts -- or at least on iTunes. You learn something new every day, y'all! 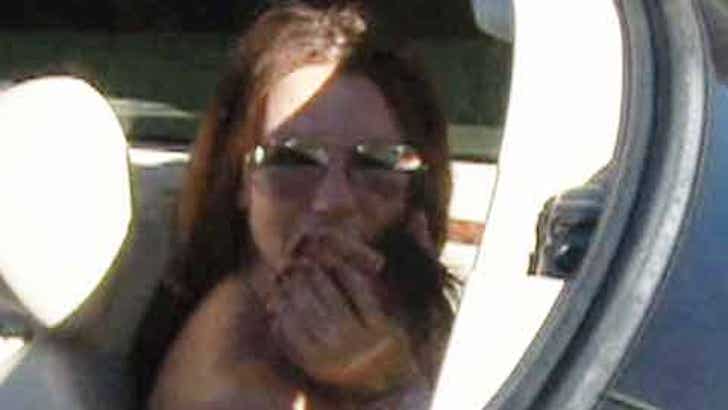 As Spears waited for Sam to deliver her caffeinated treat, she chatted up the paps -- all while keeping her lips covered. One photog tried to joke with her by asking, "What do you think about Britney Spears?" -- to which she responded, "That's mean!" A pap tried to blame the stupid question on TMZ, but for the record -- it wasn't us!

Since Lufti was taking his sweet time, Britney had to endure more questions -- about her new music video, what her kids are going to be for Halloween (pumpkins!) and expressed worry for her fire-endangered Malibu home, saying, "I don't think it's touched my house."

Good to see she's on top of the situation.