Denzel Washington, ever the gentleman, doesn't mind signing autographs -- as long as it's just one per person. 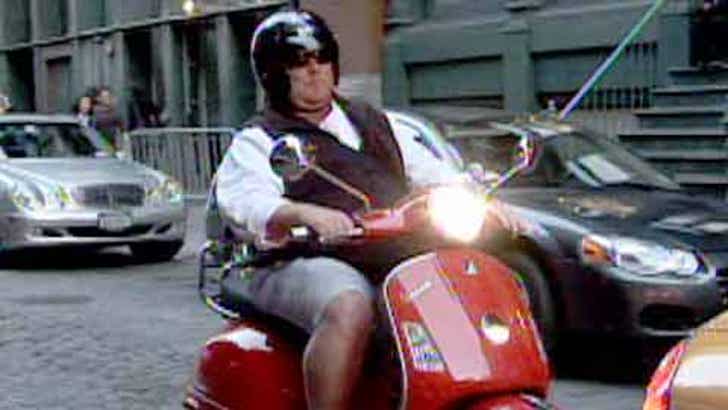 Such was his output, as TMZ observed, when he gave out his Johnny Hancock after a taping of "Regis and Kelly" in New York. Meanwhile, Vince Vaughn wouldn't give an eager fan his scribble, blaming it on the trailing paps. Kanye West was more obliging outside of the Mercer Hotel, where the orange-tastic chef Mario Batali got stuck behind a constipated cab. Elsewhere around the Big Apple, Kelly Ripa, Whoopi Goldberg, and Josh Hartnett made their rounds.

Finally, TMZ was there as pop princess Samantha Cole celebrated her birthday, rolling up in absolutely blingerrific style in a Bentley that almost -- but not quite -- upstaged the b-day girl, replete with $4 million in diamond trim.