She's a three-time Emmy winner and one of the most well-known taut faces in television -- but one TMZ photog couldn't tell if Barbara Walters was Barbara Walters. 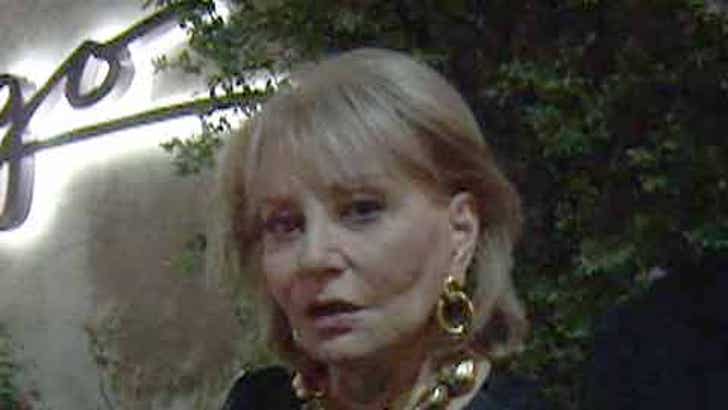 Our cameraman spotted the 78-year-old den mother of "The View" outside Spago last night, and had the gall to ask Walters who she was. Making the scene more awkward was her male friend, who said, "No, I am Barbara Walters" and added that he was "positive" his friend was not.

Despite the diss, Babwa posed for cameras before taking off.