Having to explain a joke usually kills it, but Elaine Stritch went out of her way to let TMZ know she's one scary-looking woman. 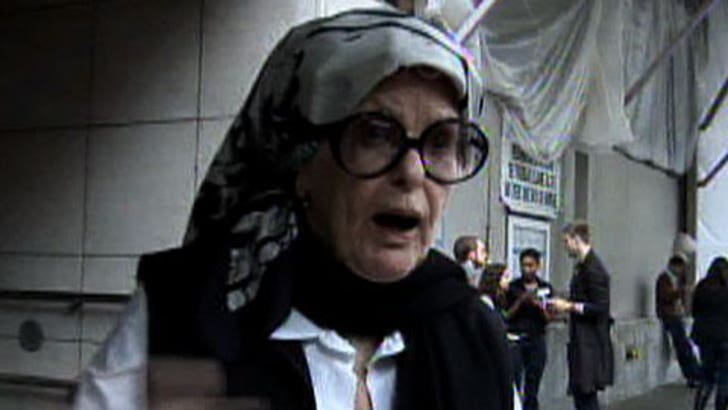 Cameras caught the 82-year-old Broadway baby leaving the Guggenheim in New York on Saturday, curlers in hair, when our photog asked her Halloween plans. Elaine replied, "I'm just going to go out as usual!"

Moments later, she banged a U-turn, and not happy with the reaction to her joke, she told the cameraman, "You didn't seem to get the point, the point is, I scare people when it's not Halloween, so when Halloween comes, I just go out." She left our cameraman in stritches.