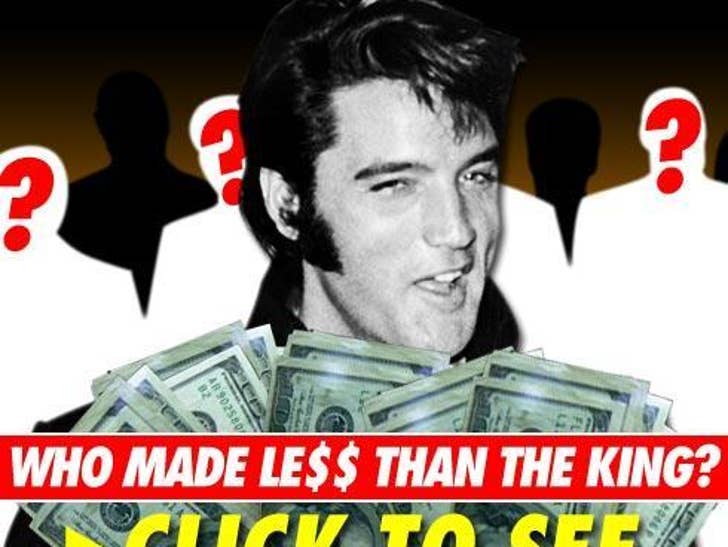 The one and only Elvis Presley holds the #1 spot on the Forbes list of Top-Earning Dead Celebrities. Hunka hunka cash to burn! The King's post-mortem coffers earned a staggering $49 million in 2006! That's a lot of fried peanut butter and banana sandwiches! 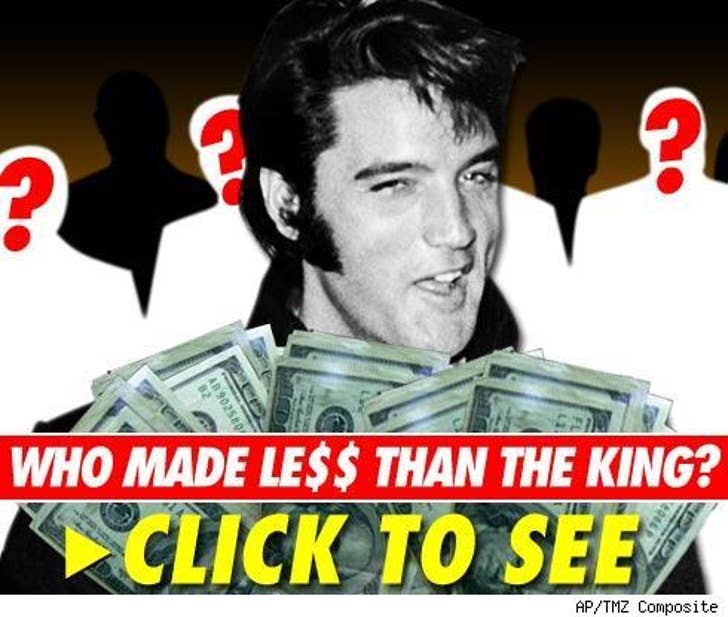 How do today's undead megastar bucks compare with the top-earning necrostar? You'll be amazed which celebs fell short of earning what the King raked in!