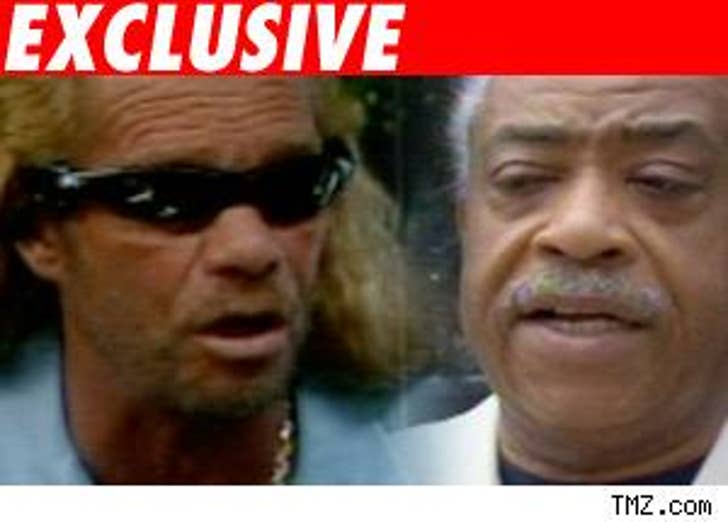 TMZ has learned that Dog the Bounty Hunter has already contacted Rev. Al Sharpton, hoping to explain the racist telephone call Dog made to his son.

We're told The Rev, who is currently preaching in Daytona Beach, Fla., and hasn't heard the tape, is considering having a dialog with Chapman, but will not make his decision until he has a chance to listen.

UPDATE: TMZ has received the following statement from The Rev:
"Reverend Al Sharpton's National Action Network and the organization's Decency Initiative are unequivocally against the use of the "N" word in any context. While people have the freedom to express themselves in any matter in private, when those private conversations become public, it becomes our responsibility to state, as we always have, that we condemn the use of this word as racist and derogatory. Dog the Bounty Hunter has reached out to Reverend Sharpton who is traveling to promote his March on the U.S. Justice Department on November 16th against Hate Crimes and Racial Attacks and therefore Rev. Sharpton has not had a chance to hear the audio of the remarks. However, until he does hear the audio, National Action Network maintains that is against the use of the "N" word."