The night before her mother hoofed it for the New York Marathon, the world's most adorable Scientolotot was out running around the city as well, surrounded by her parents and a phalanx of bald security guards. 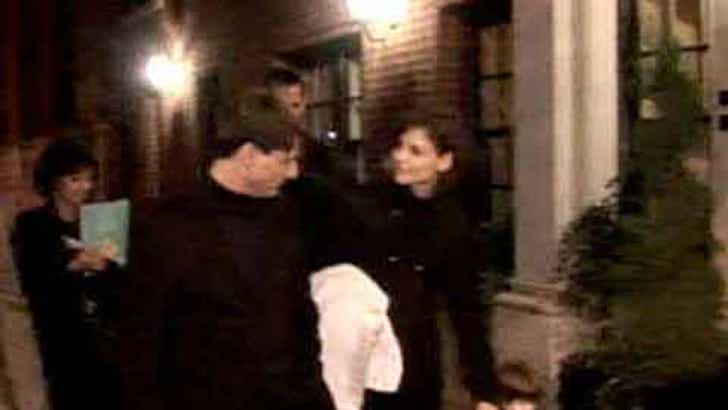 Suri sucked the attention away from her famous parents outside the Carlyle Hotel on Saturday night, with the precious toddler holding hands with mom as they returned to the hotel.

Suri's father was there too -- refusing to take a picture with a waiting fan, nicely telling the guy, "I'm with my family, thank you." Suri in New York, why does it seem so exciting?