Eva Longoria braved the picket line yesterday -- and momentarily distracted striking writers by giving them pizza. This was not the bigger piece of the pie writers were asking for, but they took it. 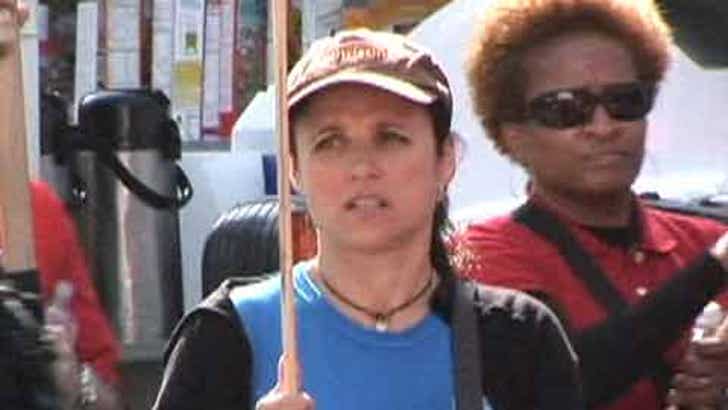 Longoria -- who was filming a few final scenes for "Desperate Housewives" before production shut down because of the WGA strike -- was attacked by the sign-holding bunch on Wisteria Lane.

Eva later joined the line with other celebs like Julia Louis-Dreyfus and Wanda Sykes.