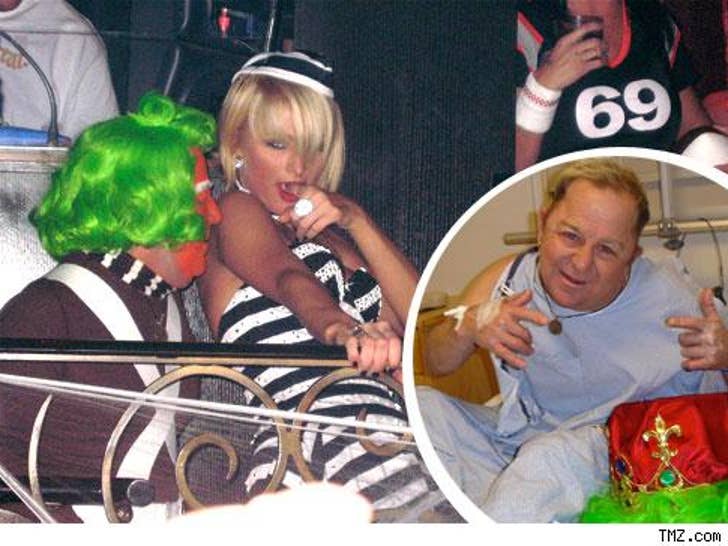 TMZ had fantabulous footage from Las Vegas during Halloween week, where the Oompa Loompas from Beacher's Madhouse added a sensational surrealism to the festivities. The Oompas were a sensation all over town, at Tao, LAX and Diablo's, but now reality has set in for one of the Loompas (seen here with Paris Hilton). 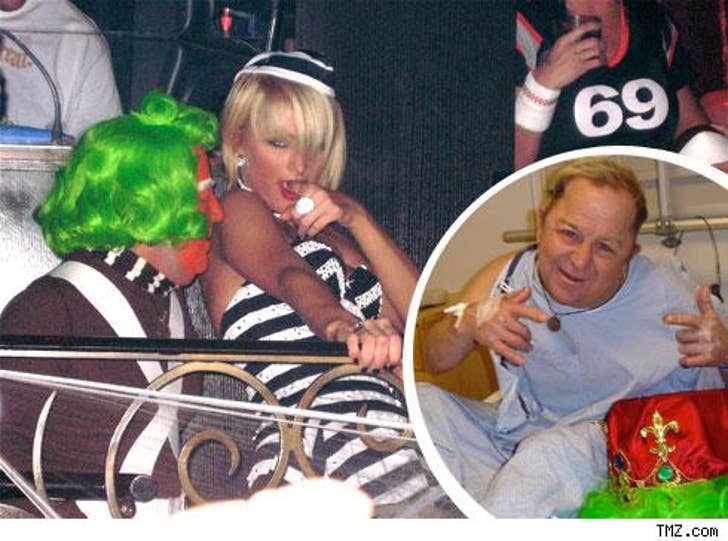 Robin Sherwood, one of Madhouse regular cast members, collapsed last week with a kidney ailment, and was rushed out by ambulance from the last performance. He's now in a Las Vegas hospital -- but his friends, big and little, are coming to the rescue!

Jeff Beacher is donating all proceeds from this Friday's "Madhouse" at the Hard Rock to a foundation to cover Robin's hospitalization and kidney transplant costs. That's a little help!