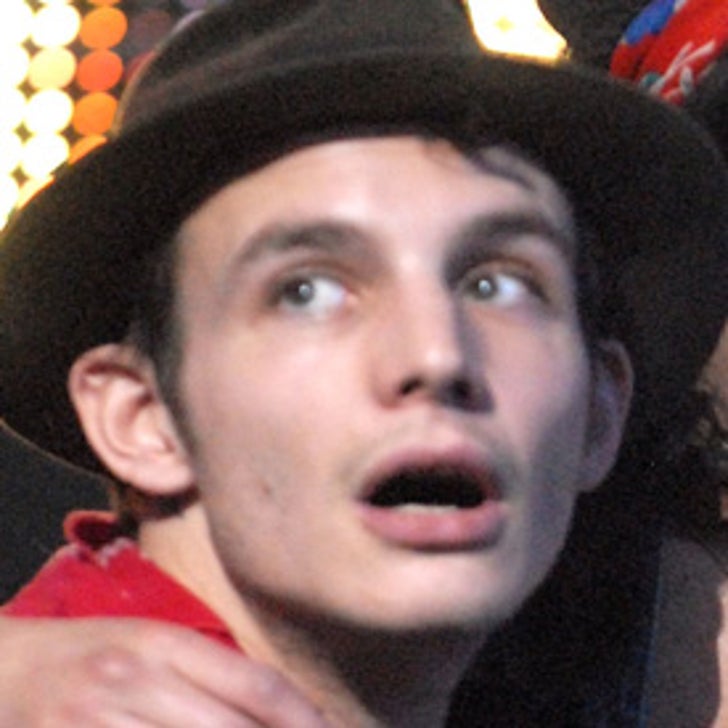 The husband of singer Amy Winehouse was arrested in London last night in connection with an alleged plot to fix a trial -- mere days before Blake Fielder-Civil was set to face a British judge after cops say he beat the crap out of a bartender.

According to British reports, a London newspaper tipped police after they got wind that Blake was trying to pay witnesses to change their stories.

If convicted, Blake could face a life sentence behind bars.

In total, four men were arrested in connection with the alleged conspiracy. Today's Daily Mirror showed a photo of Amy dramatically kissing her hubby before he was taken away in handcuffs by police -- after an overnight raid at an East London apartment.

UPDATE: A fifth man was arrested late Friday in England.