What does O.J. Simpson do after an exhausting day in Las Vegas Criminal Court? Paint the town red? We don't know -- but Mini O.J. handled the party scene for the real Juice! 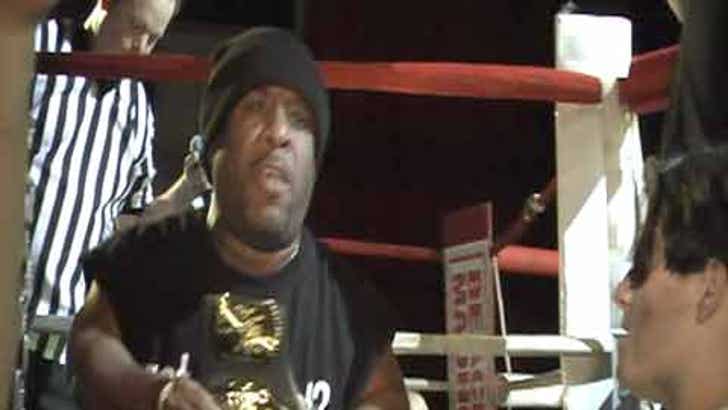 TMZ caught up with Mini O.J., a pint-sized version of the real killer, as he debuted on the MUFF wrestling circuit at Beacher's Madhouse at the Hard Rock Hotel and Casino. The eerie little O.J. looks a lot like the real thing, and was equipped with bloody gloves and a butcher knife. Is there no end to the hilarity in Las Vegas?

Sources close to the juice box sized Juice tell TMZ that Mini O.J. was not allowed to stay in the hotel -- and was instead forced to bunk at the Alexis Park Hotel, across from the Hard Rock.