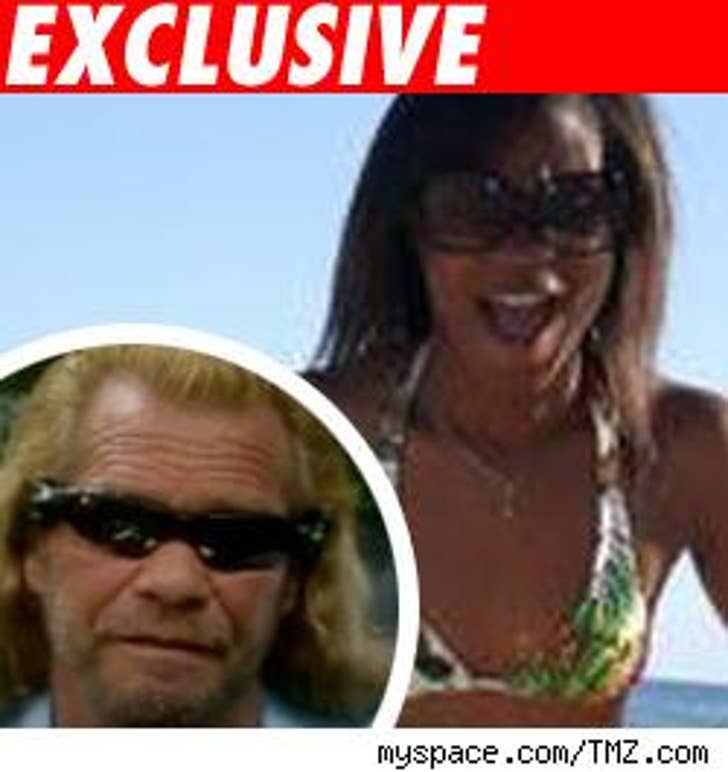 Shinnery -- who was the subject of a racist tirade by Duane "Dog" Chapman that was secretly recorded by Tucker -- was at the 21-and-over club Lulu's in Honolulu on the night of October 13.

According to Honolulu P.D. Detective Eli Walters, who was off duty and working security that night, Shinnery was asked to leave the club after it was learned she was giving drinks to people under the age of 21.

When Walters came over to help remove Shinnery and Chapman from the club, he tells TMZ that Shinnery immediately began playing the race card -- saying the only reason they were being kicked out was that they were an interracial couple.

Walters tells TMZ that the only reason he ever knew who they were was because Tucker came back later that night to get the full rundown on why they were tossed. In fact, Walters tells us that he gave Tucker his contact info so he could get a book signed by the Dog! He never heard back.

As for Monique, TMZ has learned she is a teacher in a public school. Some character.