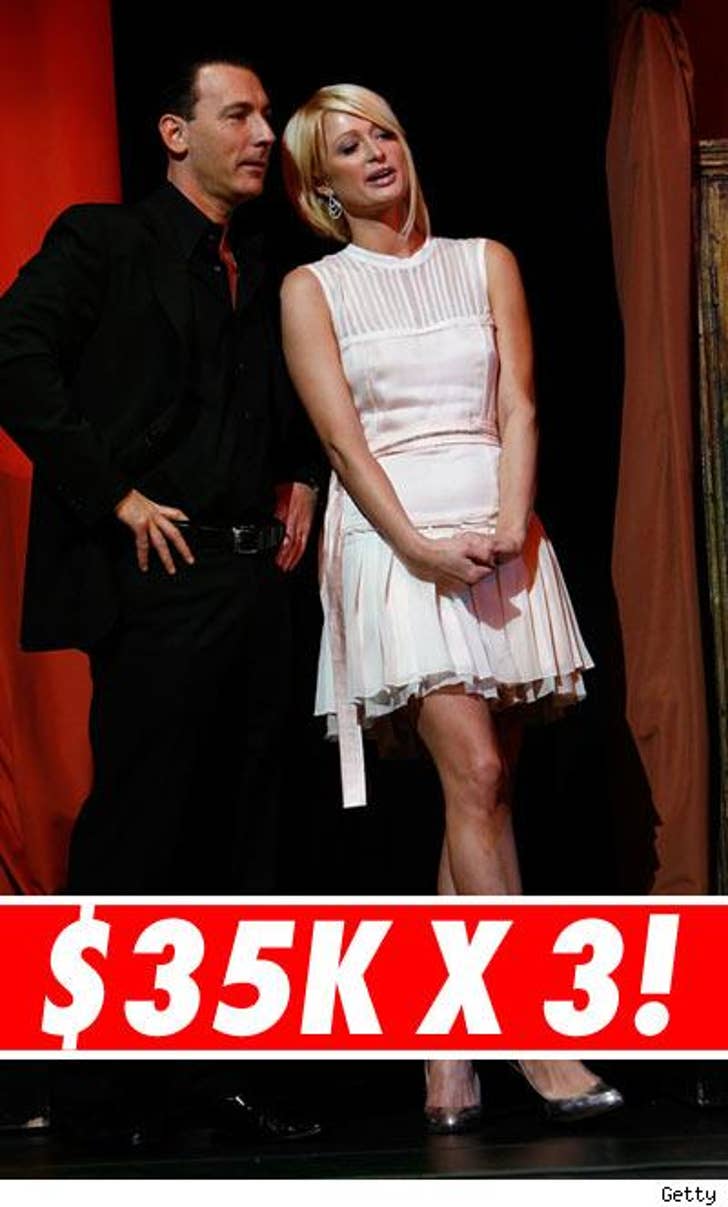 The opportunity to party with the fabulous heiress for a night at LAX nightclub and at her new restaurant "Company" at the Luxor was on the auction block to benefit the Nevada Cancer Institute. Paris herself, just back from Tokyo and Korea, flew in for the event, where she arrived with showman Jeff Beacher and LAX owner Steve Davidovich (pictured). After bidding as fierce as Paris' outfit, the winning bidder forked over a whopping $35,000 to party with the globetrotting heiress!

Two losing bidders then approached Paris at her table, asking: If they matched the $35,000 bid, would her magnificence spend an evening partying with them too? Hilton, in her new humanitarian goddess stance, immediately accepted -- quietly raising a whopping $105,000 to the delight of event organizers. Paris lost her grandmother to cancer.