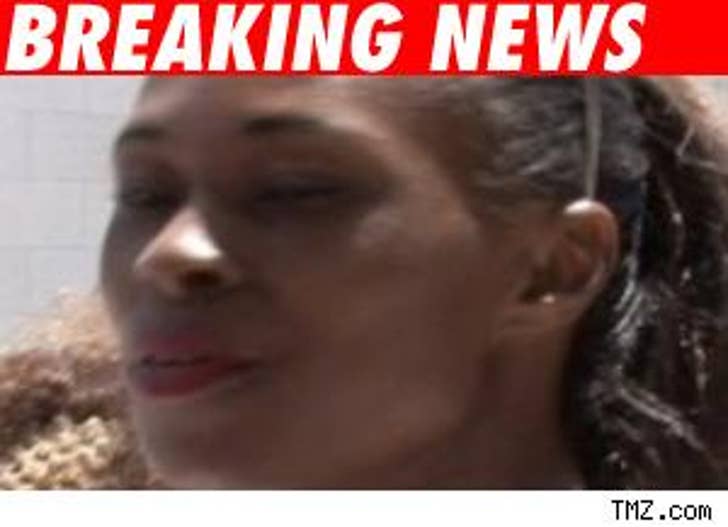 She's off the hook! Dessarae Bradford was arrested in Hollywood on prostitution charges on Saturday. Who? Surely you recall the loopy dame who wrote a book about Colin Farrell called "Colin Farrell: Dark Twisted Puppy."

Miss D has declared in a statement that she's "innosent of all charges" (sic) and that she feels "absolutely violated and tramatised." (sic). She claims that she was merely walking near Sunset Blvd. at 11:30 PM, when a guy in a jeep pulled over to chat her up -- for 20 minutes -- after which he arrested her for prostitution. LAPD hauled the 32-year-old down to the Hollywood station.