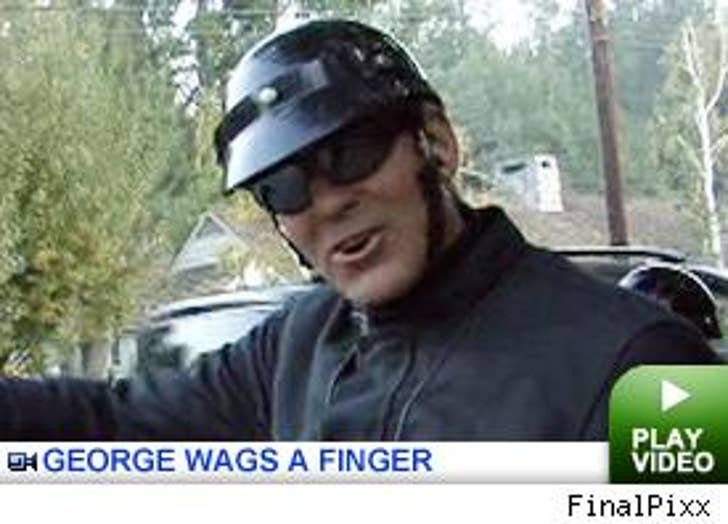 TMZ obtained video of a seriously ticked off George Clooney going after paparazzi who were chasing him on his motorcycle -- Georgie don't play that!

Clooney, accompanied by girlfriend Sarah Larson, pulled over and lashed out at photogs (not TMZ) he said were cutting off other vehicles to get a good shot of him. George is a little touchy -- and who can blame him? He and Larson were involved in a New Jersey crash in September when they were hit while riding a motorcycle -- leaving George banged up and Sarah with a busted ankle. 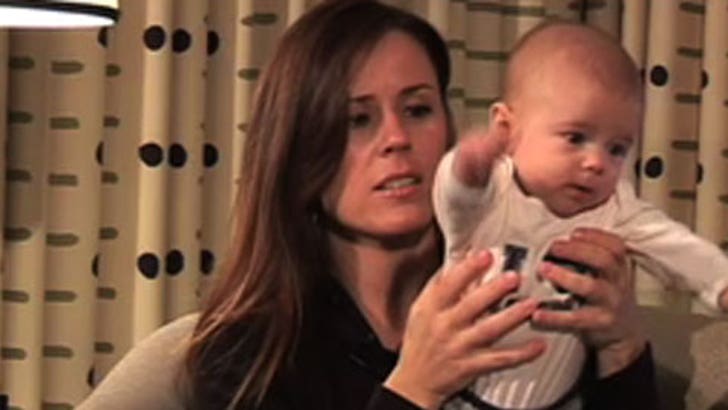 Former "Bachelorette" Trista and the incredibly adorable baby boy (not her husband) taped a segment for MomLogic, a new site devoted entirely to moms. Watch the tiny tot steal the spotlight.