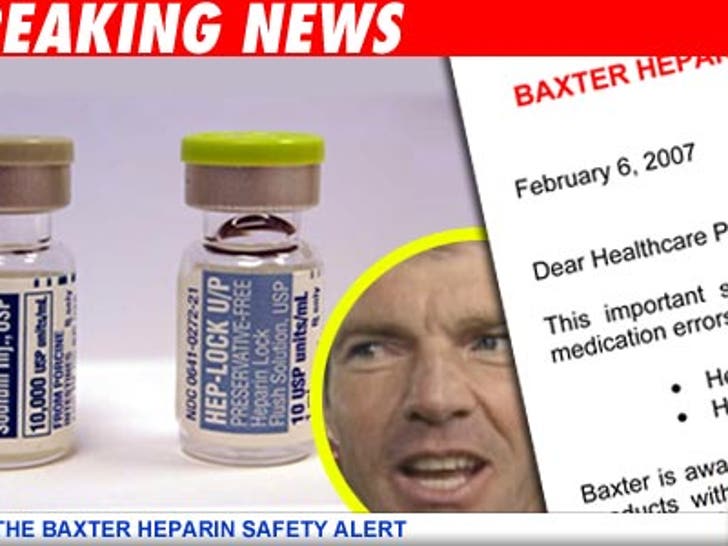 TMZ has learned that the FDA issued an alert last February -- warning of the dangers of mistaking the low and high dose vials of heparin. 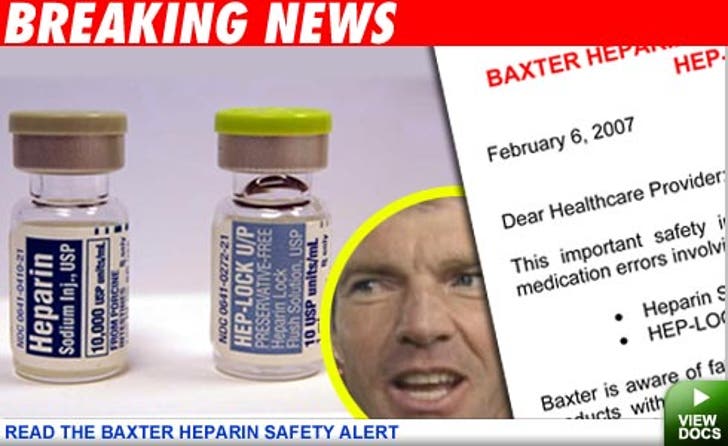 In the safety alert dated February 6, 2007, the FDA and Baxter Healthcare Corporation, one of the pharmaceutical companies that manufacture heparin, warned of the dangers of switching 10 and 10,000 unit vials of the drug. The alert was issued after three infants died in Indiana after they were mistakenly given adult doses. The memo tells hospitals to double-check their inventory to make sure errors in dispensing do not occur. We're told a memo with this information was also circulated around that time at Cedars-Sinai Medical Center. Despite the memo, the dispensing mistake happened last Sunday and Dennis Quaid's twins and several other patients were accidentally overdosed.

The California Department of Public Health says they are investigating the incident.