There are unconfirmed reports that suggest the brush fire may have started with an outdoor party near the top of Corral Canyon, but the Los Angeles Fire Department will not yet comment, as the arson investigators are still researching the cause of the blaze. 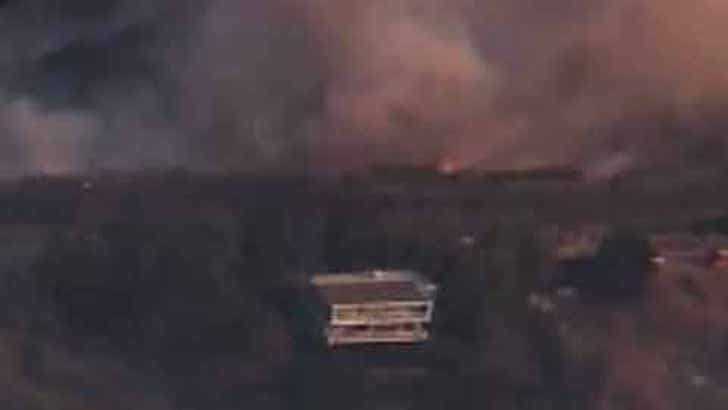 Nearly 1,300 customers are without power in the Malibu area and according to a Southern California Edison representative, "They should plan that there won't be any power overnight."

The fire is now 25% contained, 4,500 acres in size and has now burned at least 35 homes today, with over 10,000 evacuated. No civilian injuries have been reported, although a county fire official says one firefighter suffered minor burns to his face, and four other crew members sustained minor injuries, including smoke inhalation. Winds have grown stronger in the afternoon hours, but are expected to abate later this evening.

Red Cross has made detailed information available to advise not only those affected by the fire, but info for friends and family as well.