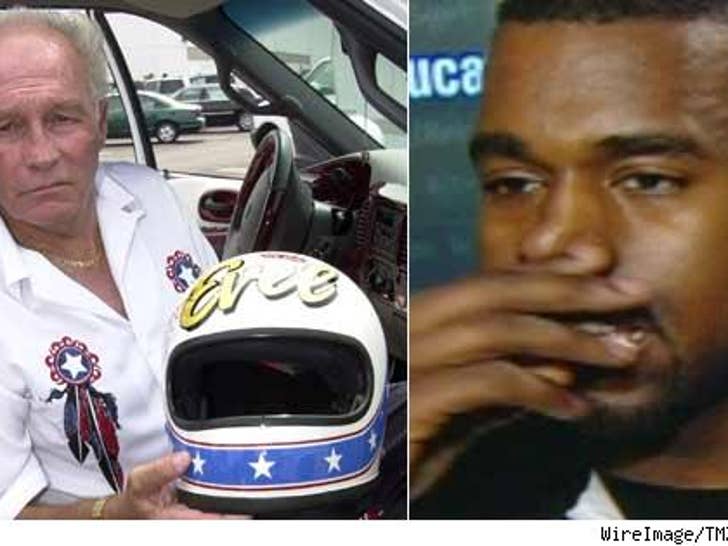 After accusing Kanye West of using his image "promote his filth to the world," Evel Knievel has "amicably" settled his lawsuit with the rapper, the daredevil announced today. 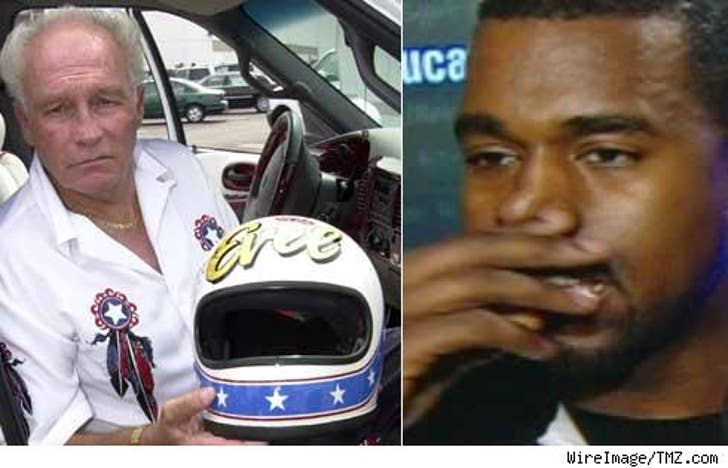 Knievel sued West and his record company last year, after Kanye appeared in a music video for his song "Touch the Sky" dressed as "Evel Kanyevel" and jumped over a canyon on a motorcycle. West and his lawyers argued it was satire; Knievel called it "vulgar and offensive."

"I thought he was a wonderful guy and quite a gentleman," Knievel said after a face-to-face meeting with Kanye. "I know he's had some tough times the past few weeks, and I hope things work out."

Not such an evil guy after all.