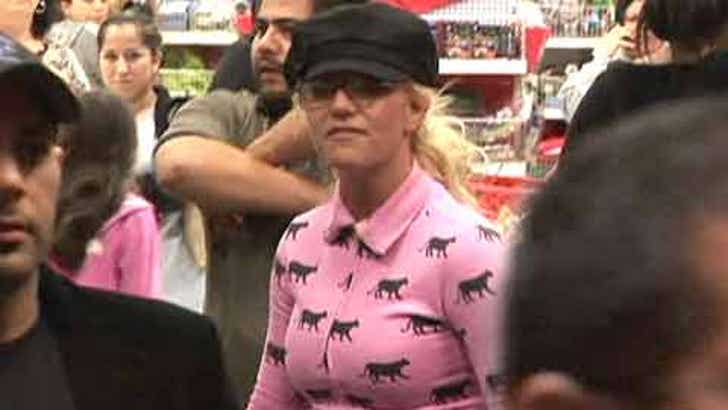 Britney brought the cuckoo train to Target last night, causing a scene by doing absolutely nothing but buying a poinsettia. Whatever happened to peace on earth during the holiday season?!

Spears was bombarded by paps on her way out -- so she ran back inside and tried to sneak out the back, exclaiming, "Target police are a lot better than most." Wonder how the eight popo who rescued her at Starbucks feel about that!