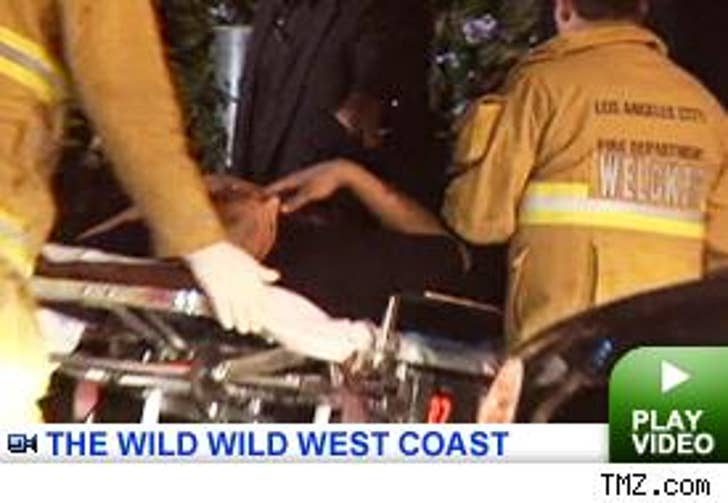 UPDATE: A rep for Les Deux insists to us that the shooting did not happen inside the club, nor were those involved patrons of the club. The LAPD is still investigating the incident.

Things got serious last night outside the club most known for parking lot smackdowns of drunk girls -- when two men were seriously injured after being shot at inside and around Les Deux!

Two men were shot -- one hit in the leg in the club, and the other hit twice in the gut out front. The shooter then ran into the parking lot and attempted to shoot a third man, who was not wounded.

LAPD tells TMZ both victims were taken to the hospital for surgery and are recovering. No arrests have been made.