Former BFFs and crotchograph comadres, Paris Hilton and Britney Spears, reunited last night at the Scandinavian Style Mansion -- but this time, the only flashing came from photogs! 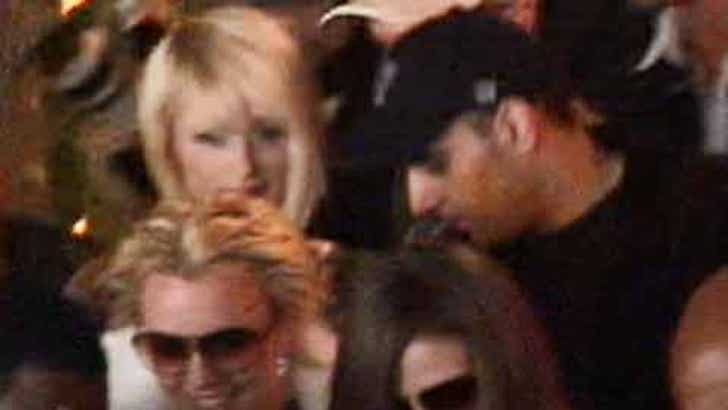 Although the two walked out together, Britz and her Yeti fur jacket took off for another destination -- while Miss P hopped into her car, put on makeup ... and then ducked back into the party!

Just minutes before it turned Midnight -- officially making it Britney's birthday, Paris either pulled out of popping bubbly with the popwreck, or just wanted to steal some of her spotlight! Either way, happy 26th pal!