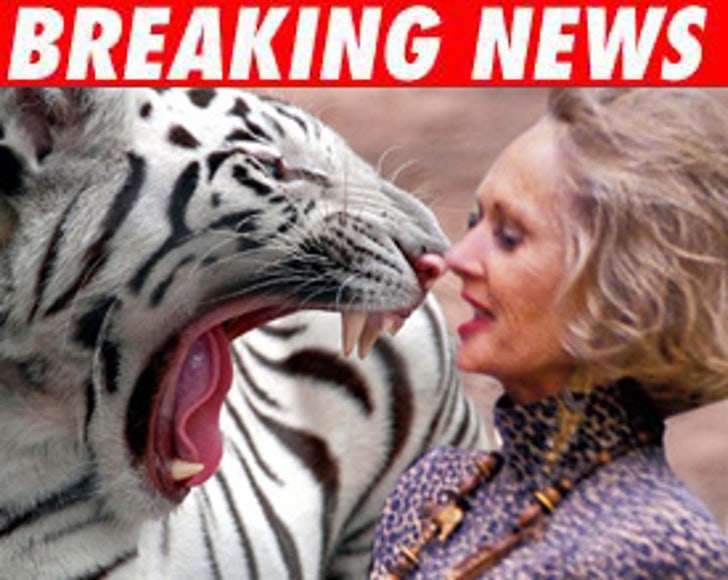 A worker has been attacked by a tiger at Shambala Preserve in Acton, Calif., which was founded by Melanie Griffith's mother, legendary actress Tippi Hedren.

The man, in his 40s, is in critical but stable condition after suffering "multiple bites" from the big cat. The incident occurred around 3:00 PM this afternoon.

According to their website, Shambala Preserve was founded in 1972 by "The Birds" star Hedren as a haven for endangered exotic big cats, many of which are castoffs from circuses, zoos and private owners. All of the animals at Shambala depend on humans for their care.

It was initially reported that the man was attacked by a liger, a lion/tiger mix. We have confirmed the man was bitten by a tiger.