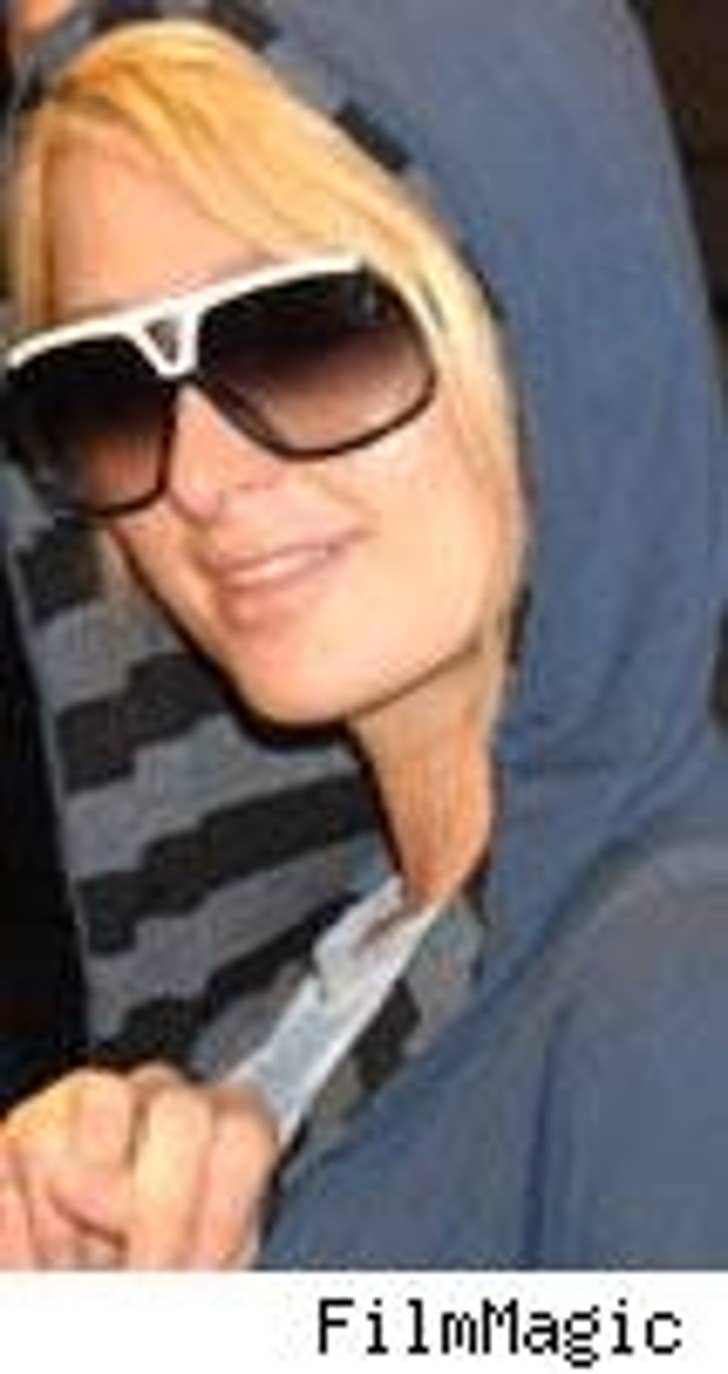 It's no surprise that the Hilton heiress doesn't travel light. Earlier this week, she checked into a London Hilton with 18 bags (bet she didn't have to wait in line!) and told paps that she isn't hoping for much this Christmas ... all she wants is "a man to fall in love with, one for life, that I can start a family with." With all that baggage? While Miss Thing hasn't found Mr. Right, perhaps the reformed jailbird can entice a man with her new flick, "Hottie and the Nottie," in which the budding philanthropist finally leaves a little something to the imagination. While her holiday wish may not come true for Paris, Santa popped in early with these eye-popping pics for us, thanks to the Daily Mail.

For the first time since 1998, all the Spice Girls hit a London stage last night -- marking their official homecoming. Baby aka Hobbly Spice even managed to get through the show. Emma injured her ankle while performing in Las Vegas earlier this week, but she's a pro and the spicy show must go on. A few of the dance routines were altered, says People, and Baby Spice pushed her way through. A rep said Baby wasn't about to miss performing in her hometown. That's right! Nobody puts baby in a corner.

Party Favors: Kellie Pickler Sings One for the Boys ... Misha Wants to Show Some Skin

"American Idol" alum Kellie Pickler embarked on a USO Tour, with a stop in Iraq this weekend. It was the first time Pickler left the good ol' U.S. of A., says Perez. ... Mischa Barton tells Maxim magazine (via Showbizspy) that she is open to doing nudity in movies -- as long as she is comfortable with the director and "the context is emotional." Desperate times call for disrobing measures.