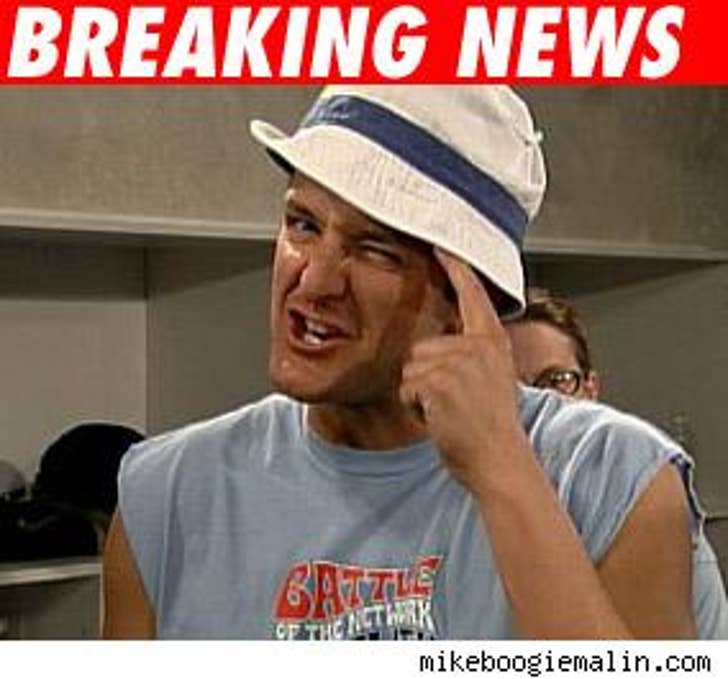 Celeb hotspot owner and "Big Brother" winner Mike "Boogie" Malin knows a little something about being under a roof ... but through a roof? Well, that happened last Friday!

TMZ has learned that Mike and buddy Jennifer Capriati (yes, that Jennifer Capriati) went to the Van Halen concert last week. After the show, the two headed back to Les Deux -- which Malin co-owns. We're told Malin went onto the roof to adjust some Christmas decorations when he misstepped -- and his leg went through a skylight. Jump! We're told he did not fall all the way through, and the two were laughing hysterically about the incident. Jennifer apparently "rescued" him by pulling him back onto the roof ... using her strong backhand!

The next day, we're told Malin went to the doc to get his bum knee checked out. EaterLA, who first broke the story, reports Malin's doing fine -- he's just a little sore.

As to whether it's a love match with Capriati ... we hear the two are simply "hanging out." Love!