Move over kids, it looks like there's another Hilton troublemaker on the Hollywood club scene -- with Paris seen leaving 21+ Villa Lounge last night -- with her 18-year-old brother, Barron. 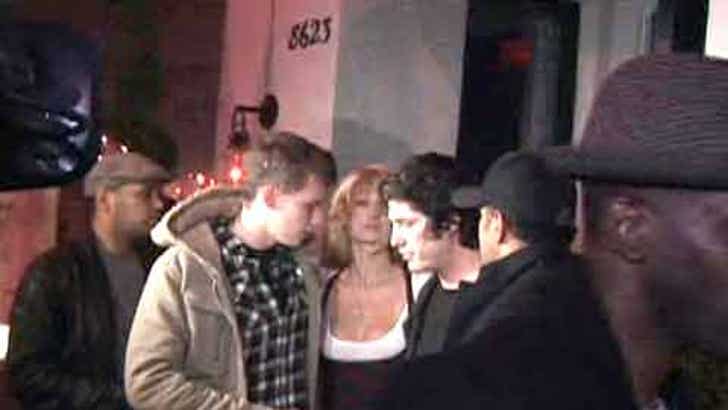 After seeing Barron Nicholas, Paris and Greasy Bear stumbling out of the club last night, TMZ contacted Alcoholic Beverage Control, who tells us Villa has a Type 48 liquor license -- which means no minors, ever! Most L.A. hot spots have a Type 47 permit, which allows that they are technically a restaurant that sells food -- which makes it possible for the occasional underage starlet to get inside ... and perhaps allowing others to get inside an underage starlet.

Calls to Villa were not immediately returned.