A heavily inked Nick Cannon pulled a Robin Hood last night -- taking money from someone in his own entourage -- and giving it to a homeless guy outside LAX! 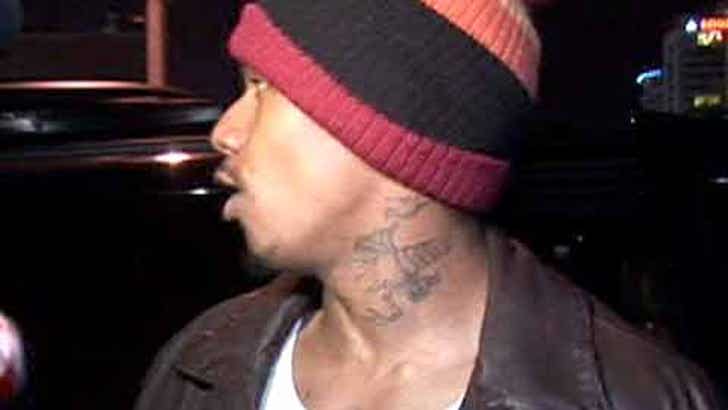 Cannon apparently had no money of his own to spare -- or has his bodyguard hold his Lincolns for him -- and scraped up some cash from his buddy's pockets for a Christmas-themed beggar on the street.

As for the weird lobster tattoo on his neck -- a rep for Cannon tells us they're not real, just being used for an upcoming movie role where he'll be playing "a troubled youth from Oakland."