Jay Leno is back to work without his writers -- and that may not be such a good idea! 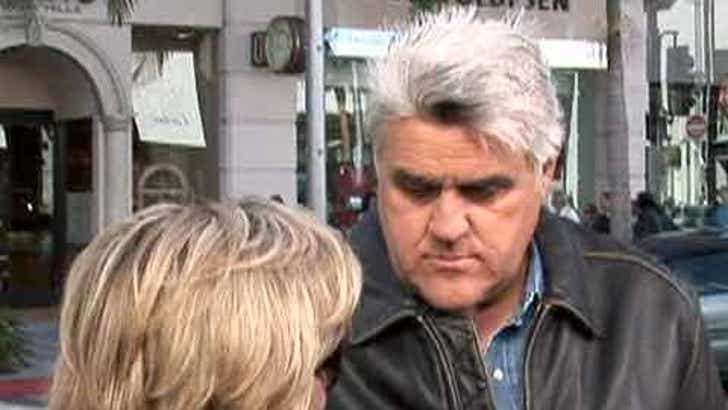 TMZ caught Jay in Beverly Hills yesterday, filming what appeared to be a "Jaywalking" segment for "The Tonight Show" when it begins airing again next week.

His questions weren't all that creative though -- how much is a ladies Timex watch? How much is a ticket at the HomeTown Buffet? Oy, this strike better end ... and soon!