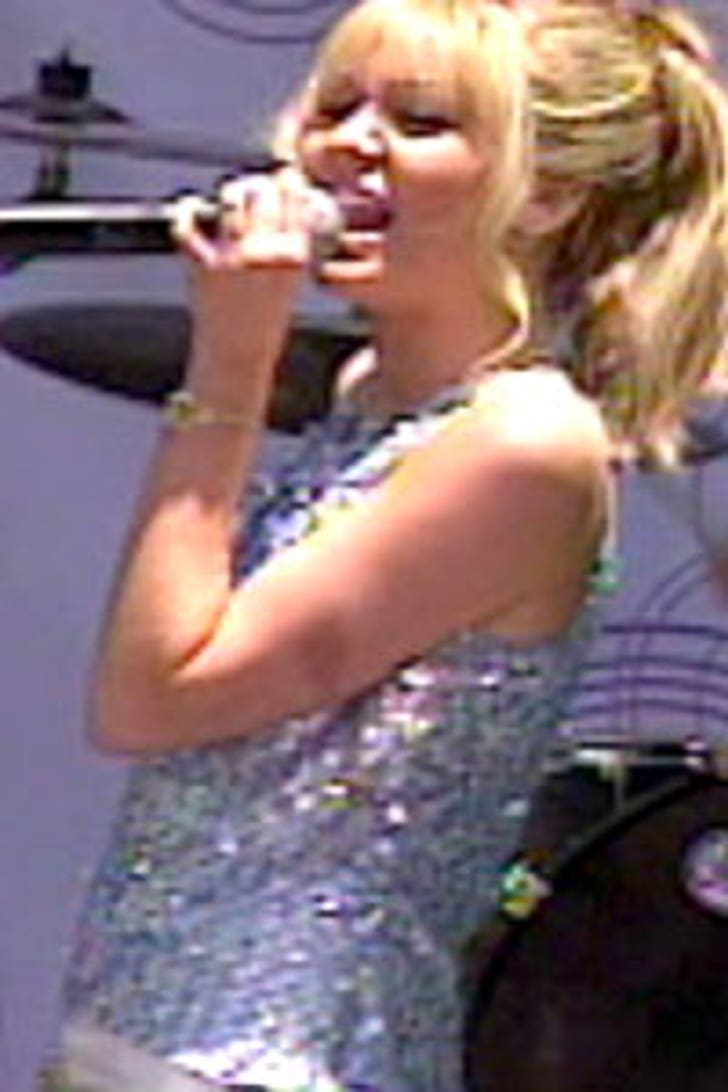 A 6-year-old girl won four tickets to a Hannah Montana concert in New York with an essay that claimed her "daddy died this year in Iraq." Heartbreaking? Yes. True? No.

Priscilla Ceballos, the mother of the young girl, had told the company sponsoring the contest that the girl's father died April 17 in a roadside bombing in Iraq. When the spokesman asked the girl's mom if the story was true, the mother said no. God bless America.

"We never said this was a true story," Ceballos told FOX 4 in Dallas. "We do essays all the time. My daughter does essays at school all the time. It never did say it had to be true, but [the contest organizer] said, 'That's what we expected.'" Duh!

Club Libby Lu, the company behind the contest, has not yet made a decision as to whether the girl will get to keep the tickets.

UPDATE: Club Libby Lu has released the following statement on their website: "Club Libby Lu has been evaluating the situation surrounding our Hannah Montana Rock Your Holidays Essay Contest and is extremely sensitive to the fact we're dealing with a 6-year-old little girl. We wanted to take ample time to gather all the necessary facts in order to make an appropriate decision regarding whether or not we would award the Hannah Montana concert tickets and other prizes to the Ceballos family.

After awarding the grand prize, we unfortunately learned that the statements made in the essay were untrue. Club Libby Lu greatly values honesty and integrity. In order to uphold these values, we have decided to withdraw the award initially given to the Ceballos family.

Consequently, we will award the prize to another winner already identified. With this decision, we hope to revive the intended spirit of the contest, which was designed to make a little girl's holidays extra special. In order to protect the family's privacy, we have decided to not disclose the name of the new winner."