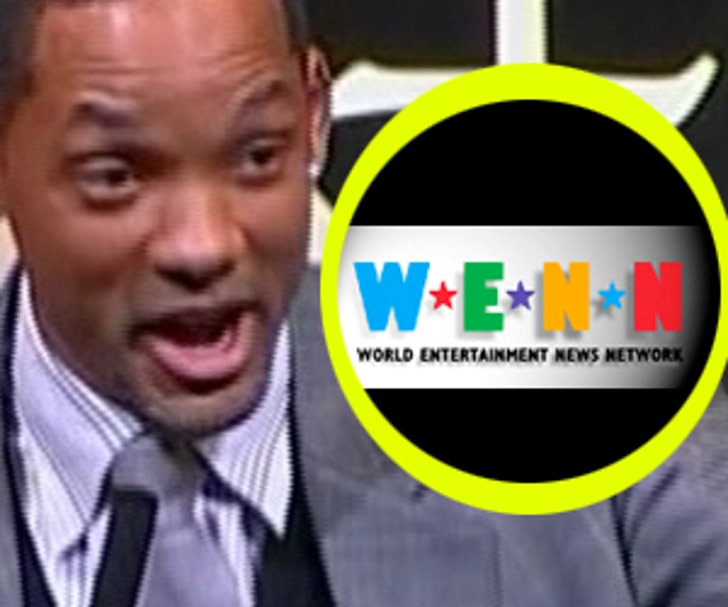 A big entertainment news service is beating itself up after it helped spread that whole misconstrued Will Smith-as-Hitler-apologist mishegas.

The World Entertainment News Network issued a formal apology to Smith, saying that the "erroneous and dangerous statement attributed to Will Smith about Adolph HItler being a 'good person' ... was false and misleading." WENN says it takes "full responsibility for the dissemination" of the story and offers Will "a sincere apology" and deeply regrets "the personal stress" caused.

WENN had picked up the misrepresented quote from a Scottish paper, which has yet to retract its report.