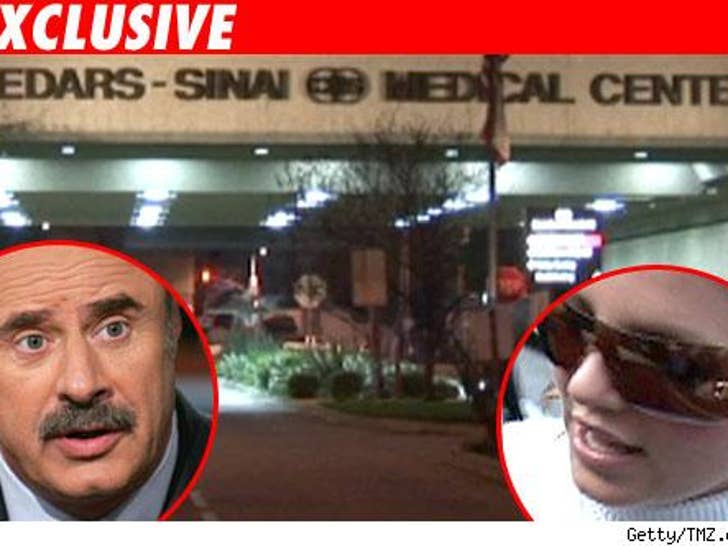 Eight psychiatrists tell TMZ they are shocked Cedars Sinai Medical Center let Dr. Phil go up to Britney Spears' room without her prior knowledge or consent. 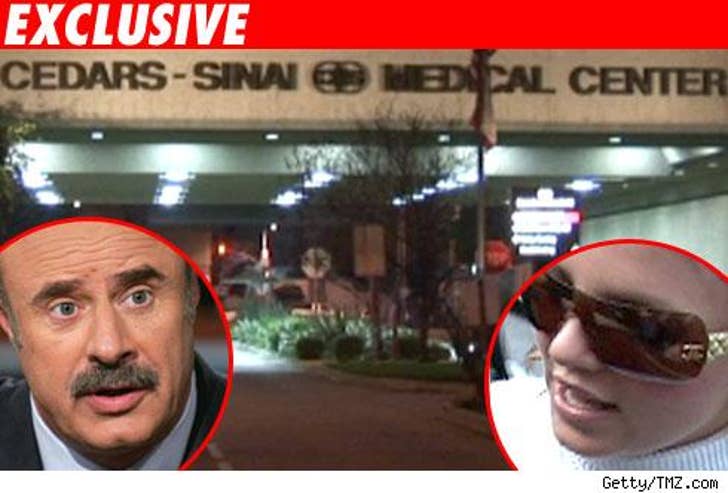 The shrinks had various things to say about Dr. Phil's visit to Brit's room, but the theme was unified -- that the hospital should not allow any doctor who does not have in-patient privileges into a patient's room, unless that patient has given prior consent. TMZ has learned Britney had no idea Dr. Phil was coming to her room and indeed when he walked in she became agitated and walked out. She eventually came back in and he pretty much did all the talking for around 15 minutes.

One psychiatrist called it "intrusive and inappropriate." Another shrink told us the hospital "is supposed to be a safe place. If the patient doesn't want to see someone, that person doesn't get in -- period."

Another shrink, who said he was "outraged and disgusted," added, "It is incredible that the hospital allowed Dr. Phil in her room. It's a total violation of her rights."

One doc surmised bluntly the hospital was "star struck" and let the TV doctor's profile override its judgment.

We're told early yesterday the show wanted to book Brit for a TV intervention that is being taped on Monday. We're told she wants nothing to do with it, and the show will not have her on. We're also told Brit's parents, who wanted Dr. Phil to visit Britney, had agreed at least initially to be on the program.

One shrink said splashing a private medical matter on TV and saying it's an intervention -- especially without the proper medical diagnosis -- is no way to run a railroad.